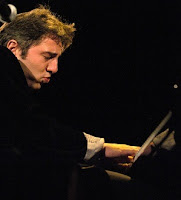 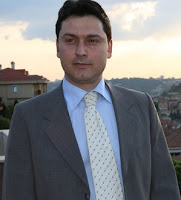 Another artist was persecuted for offending Turkey’s nouveau establishment this week when the pianist Fazıl Say was handed an eight month prison sentence for comments he made on Twitter. His tweets from last April, long since removed from his @FazilSayOfficial account, were deemed to be blasphemous and offensive to the country’s Muslim population.

Among the offending tweets was one posted on 5 April 2012 that read: “This muezzin finished the evening call to prayer in 22 seconds. Prestissimmo con fuoco! What’s the hurry? A woman? A rakı drinking table?” In other tweets he quoted preachings on the afterlife attributed to an 11th century Islamic theologian and commented: “is heaven a brothel?” Tashlik has a good summary (scroll down for English) of the tweets.

Fazıl Say is a vocal critic of the government, which helped to attract extensive coverage

of the outcome to his trial in Turkey and abroad

. There are three observations that can be drawn from his conviction.

First, his sentencing exposed some of the bizarre checks and moderations that can affect a prison sentence in Turkey. Guilty of “belittling the religious values assumed by a section of the population”, he was initially sentenced to eight months in prison. That was increased to twelve months because the act took place on the Internet, a publishing organ, which in Turkish law compounds the severity of any offence. It was then reduced by one-sixth to eight months because of Mr Say’s good behaviour during the trial. It’s as if the judge was playing with a yo-yo.
Second, Mr Say’s sentence was suspended, a relatively novel concept in Turkey’s criminal code, having only been introduced in 2006. For all the criticism of the ruling AK Party for embracing this sentence – much of which is justified – it’s important to remember that it is because of changes brought under this government that convictions like these do not place the offender behind bars. Think Orhan Pamuk or Michael Dickinson, both of whom faced prison for offending somebody, as examples of what could have happened to Mr Say. He just has to be on his best behaviour for the next five years.
The third and most important point, however, is that Mr Say faced trial because he was handpicked by a political opponent. One of his complainants, an engineer called Ali Emre Bukağılı, has a history of being offended by atheists. He has filed cases against the likes of Richard Dawkins, whose website was briefly banned in Turkey some years ago. He praised yesterday’s court ruling as “the right decision” and vowed to watch Mr Say’s comments for the duration of his suspended sentence. There is clearly a vendetta there.
Fazıl Say’s tweets were flippant, provocative and outspoken, just as he often is. Whether or not they were insulting is a subjective question; rather like making jokes about Catholic priests and young children, there are some who will find them funny and others downright offensive.

Rather than lamenting the law or the government, Turkish people should be worried about their compatriots, those in their society who use the law to seek reparations for their hurt feelings.

Bukağılı is one such person; another example is the lawyer Kemal Kerinçsiz, who filed the original case against Mr Pamuk. He was subsequently himself arrested and is currently being tried for alleged membership of the shadowy Ergenekon network.

An excellent column in Hürriyet, referring to Mr Bukağılı by only his initials presumably in fear of legal repercussions, quotes him as saying he believes in freedom of expression, but only if it does not offend him personally. Speaking in 2011, he defended the practice of censoring criticism of religion by saying “other people have no need to read a book that offends me”.

These are warped attitudes  and everyone should be concerned about them. The trouble is that Turkish society’s attitudes are going through a revolution and until its myriad components learn to better tolerate one another, cases like that of Fazıl Say will keep coming.

Turkey and Israel: the ambiguous peace