The end of the CHP 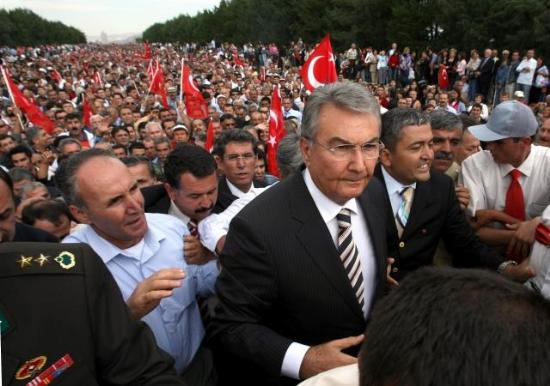 We all know the Republican People’s Party (CHP) has been somewhat split since the July’s general election. We also know that Mustafa Sarıgül, mayor of Istanbul’s Şişli district, has launched a campaign to topple the party’s stubborn leader, Deniz Baykal, and has recruited a sizeable group to his cause. What we didn’t know was the extent of the split in the CHP. Two separate meetings in Ankara yesterday helped us figure that one out.

September 9th is the anniversary of the CHP’s foundation. Mr Baykal chose to mark this day, and no doubt reassert his dwindling influence, by visiting the tomb of his party’s founder, Mustafa Kemal Atatürk. And so 170 thousand people from all across the country descended on the mausoleum in Ankara. They arrived with Turkish flags and posters of their founder, and chanted for enduring secularism. Mr Baykal wrote in the VIP guestbook that there were “attacks on the Republic from inside, not outside” and it had to be defended. All in all, it was rather like those Republican rallies that took place in the spring. 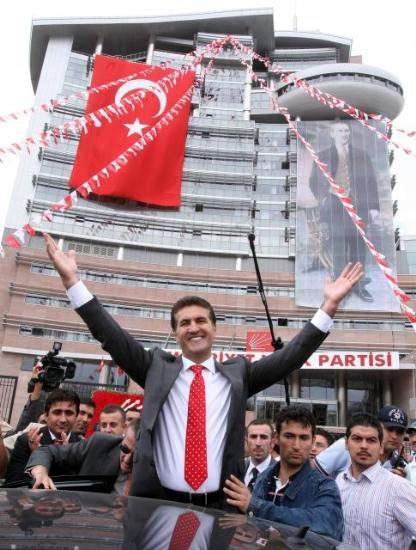 It just so happened that Mr Baykal’s attempts to secure his seat coincided with another rally barely ten minutes down the road, in front of the CHP headquarters. This was the Sarıgül rally, with its desperately uncatchy slogan “Codeword: 999 S, destination: government”. It turns out “999 S” refers to a Sarıgül rally on the ninth hour of the ninth day of the ninth month. Ho-hum. It was not the success Sarıgülists would tell you it was: attendance was ten thousand, a mere fifth of what was predicted; Mr Sarıgül was himself the only major figure present; and television news that evening gave more space to Mr Baykal’s gig.

There are two conclusions that can be drawn from the day’s events. The first is that Mr Baykal’s leadership is in the ironic position of being both untenable and secure. He won yesterday: his was the bigger rally, his was the greater parade of influence. Mr Sarıgül does not command nearly as much support, even among Baykal antagonists, and that is partly because he is seen as insincere and unlikeable. In that sense, he differs little from Mr Baykal. For the moment, there is little hope of a change in CHP leadership.

The second conclusion is far more serious: the end is nigh for Atatürk’s unreformed party. In his cumulative sixteen-or-so years as CHP leader, Deniz Baykal has entrenched Kemalist ideology, stamped out the high fliers and secured his position by fractioning the Turkish left. As Mr Sarıgül rightly pointed out yesterday, July’s election was the seventh in a row that the CHP had lost – and that’s without counting local elections. Mr Baykal has now presided over four of them.

Mr Baykal answers critics by saying they won a million more votes than last time; what he blindly ignores is that the governing AK party won six million additional votes. He ignores polls that say nearly three-quarters of CHP voters voted “in spite of the leader”. He refuses to recognise that AK’s phenomenal victory came through embracing every section of the Turkish people; Mr Baykal did not campaign east of Sivas.

But the issue here is more than mere electoral mathematics. It is now a question of what the CHP is for. There are two stark choices: should it continue to be Atatürk’s party and defend his mantra to the death, or should it reclaim those social democratic roots and form a balance to the centre-right AK party? Turkey has changed, the two are no longer compatible. Mr Baykal does not recognise that. The phrase “out of touch” has never been more fitting.

It is with great sorrow that I predict the end of the CHP. This is not fatal for Turkish political opposition, as I had warned a couple of months ago, because Devlet Bahçeli’s Nationalist Action Party has since cunningly slipped itself into that position. But it is fatal for the Turkish left wing, which has never been so fractioned and ineffective. Turkey is a naturally conservative country, but that doesn’t mean it can do without a liberal voice. The trouble is that there is no easy solution.

The judge who never smiles

This resolution is not the answer

5 Responses to :
The end of the CHP